Angular vs React: A Comparative Guide

Javascript is still the most in-demand programming language in 2020. It’s used in 95% of websites and web apps and be deployed on all platforms.

But which is the best for your business web application? And is there a difference in the competing technologies?

This article examines the Angular vs React debate.

We compare both flavors of Javascript, breaking down how each works and its pros and cons. We see what is better for mobile app development and if Angular or React wins over speed and scalability.

Read on to see if React or Angular can help build the best app for your business’s needs.

Both React and Angular produce reactive web applications. But what does reactive mean and why is it important?

A reactive app is one that the user interacts with.

For example, when a user presses a button, the app responds or reacts to the input. It could ask a web server to provide search results or create an appointment in a calendar.

There are four underlining principles every reactive language aims to fulfill:

React and Angular cover all these aims but in very different ways. Before we learn how, let’s briefly delve into their history.

History of React and Angular

Facebook released the first version of React back in 2013. The aim was to provide reusable components that change the UI over time.

The key was flexibility.

React didn’t give developers a new framework or Javascript library to learn. Instead, it was designed to slot in where needed. That means one React app component can work in any project regardless of the other Javascript code.

Released in 2009, it led the way in reactive web components. But its quirks and poor performance caused Google to re-write the software in 2015.

Both React and Angular fall under the MIT license. That means they can be used without additional expense in most development projects.

As touched on, React and Angular are two technologies offering similar results but do so in very different ways.

Let’s explore the main differences between each language and what could be best suited when building your business apps.

A framework provides a complete set of tools that design, create, process, and present an application. The most common is the MVC framework which stands for Model-View-Controller.

Angular acts as an MVC framework by managing these three tiers of functionality.

Its powerful router system lets users flip between screens without having to reload the page. The framework offers out-of-the-box components so you can build web apps quickly and easily. That’s great for large-scale business applications as a framework scales well.

But it has one major drawback.

Because Angular is a complete framework, developers need the whole code to make it work. It doesn’t allow you to pick and choose. That’s why React became so popular.

It offers the View, or UI, by providing a lightweight library. That means it can plug into any project no matter what framework is being used. That leads to quicker MVP development which reduces development costs.

The downside is complexity over time.

Frameworks handle large volumes of requests and processes whereas individual components need managing. That can cause problems if not handled correctly.

The document object model or DOM is how a web page displays content.

Each object or element is presented to the user on-screen and can be edited by Javascript. For example, a button changing the text in an input field.

Angular works with this tree-like structure to make changes on-the-fly.

Need text changed when the data updates? Angular modifies the element in the DOM directly. The whole tree changes and everything’s controlled by the framework.

But what if there are lots of DOM changes? Won’t that lead to sluggish performance?

React says it does and decided to use a virtual DOM.

A virtual DOM only updates the elements that have changed. Instead of editing fifty elements it only edits one or two.

That makes React super-fast. And for large apps where data requests flow constantly, users will see a notable difference.

Many web apps use a template system written in HTML to ensure consistency in the UI. React used a slightly different approach.

The hybrid JSX templates combine inline Javascript, HTML, and CSS directly into their components. It looks a lot like XML and works fast as everything is in one place.

However, many developers hate this approach.

Separating code from how it’s presented is core to MVC. If everything’s lumped together then one developer is responsible for everything. That’s not efficient or scalable.

Using its own directives like ng-for or ng-if, developers and designers can program simple logic directly within the markup.

Data binding refers to the Controller part of MVC. This ties the user interface and the backend service and shares data between them.

Angular offers two-way binding i.e. data flows to and from the Model and View.

This is done automatically and apps are built using this firm foundation. However, components within an app need to have their own binding. They may work together but they’re also separate. And sometimes this can get confusing.

React offers one-way binding because it only builds a UI component.

The Model gets updated which automatically updates the View interface. How that happens is up to the framework behind it.

If a user interacts with a React component nothing happens automatically. Developers need to handle data flowing from a component using callbacks and state management (see below). And this can lead to callback hell!

State management controls how the state is kept up-to-date.

Redux works with global states and breaks them down or reduces them for components. MobX is another popular state management tool that only stores the minimum required state.

Angular handles state management without third-party libraries. But even then it can become tricky.

The bottom line is both React and Angular need assistance to manage the state.

Surely knowing Javascript means you can learn React or Angular and start to code immediately? If only that were so!

Typescript looks and acts a lot like traditional Javascript. But by not allowing data to switch type like a number changing to text/string, it’s less buggy. It can create interfaces, object classes, and works with exports.

Typescript needs to be compiled which is both positive and negative.

The compiler will flag errors in the code so problems are caught before adding to a component. Issues like unbound variable names can lead to major headaches so Typescript will fix them.

But compiling takes time and requires a higher spec development environment. The longer each refresh takes the more hours of development time are required.

And Typescript takes time to learn.

New developers not only have to learn new architecture, state management, etc. but also a new variation of Javascript.

React is based on the latest version of Javascript (ES6+). This means it’s easier to create a new React component if the developer knows JS.

However, developers still need to learn the JSX syntax.

This mix of XML, HTML, and Javascript seems confusing at first. It also requires a translation tool called Babel to turn it into HTML for the browser to understand.

Although Javascript is easier to grasp it has its disadvantages.

Bugs are difficult to track when variables change their type. There is no standard way to write a Javascript application so code sharing can become problematic. And source code is available to anyone so it’s not very secure.

Many developers use tools like Android Studio and Java to create native mobile apps or traditional apps.

However, React and Angular can also be used to create web applications and come in four different types:

Web apps act the same on any modern web browser no matter the device. The same web app should work on a laptop and a mobile phone.

Hybrid mobile apps are web apps working within a web view of a native app. Think of an iFrame on a normal web page.

Native hybrid apps are web apps that produce native code. The upside is they’re designed to work like native apps which are usually faster and offer all native features and components. And the same code base is used.

It offers standard React components that bind to their native component counterparts. It also works directly with native code written in Java and Kotlin for Android and Objective-C for iOS.

The major issue lies with two code bases being required.

Developers need to create a unique app for mobile native and their web app counterparts. This can lead to double-coding and that adds to bugs and extra development costs.

Although a Google service, NativeScript creates native apps for all platforms including iOS.

Like React Native, it produces native controls using related web-based tools. The process benefits from Angular concepts like routing and data binding within one codebase.

And like React Native the downside is having to learn another method to create native controls. But the end result is a faster, polished app that works independently.

Angular vs React: Who Wins?

Now you understand how each tech works, which one is best for your business apps?

The answer lies with what you need your app to achieve.

That sounds like a non-answer but let’s examine some indicators that give clues to which is better.

NPMTrends.com shows how many times each technology was downloaded for development. Over the past 6 months, there’s a clear winner.

React consistently wins the race over Angular. It is more popular on Github and receives the most praise from developers overall.

This gives an indicator as to what’s being developed and which software tool is more popular.

Google Trends shows a marked increase in popularity for the term ‘React developer’ than ‘Angular developer’.

Angular searches also seemed to have tapered while React continues to rise. However, if you add ‘AngularJS’ then those search numbers seem to stack side by side!

The Angular vs React debate continues with no clear winner. Each framework is designed to build different tiers of applications. Which one you choose depends on your requirements.

You’ll need a development team that understands both technologies. A team who will explain the best way forward. A team you can trust.

AppSearch has developed over one thousand apps.

Our developers use all the major frameworks like React Native, Flutter, and Angular. Trust us to choose the right tool for your job.

Make contact with us to book a FREE consultation. Whatever your vision, you can rely on AppSearch to deliver it. 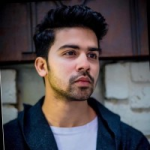 In search for strategic sessions?

Let us understand your business thoroughly and help you
strategies your digital product..